Today, you know me as Dr. Cruz, international psychotherapist, hypnotherapist, author, and life coach who helps thousands of people heal their minds, hearts, and lives, but for the first 40 years of my life I was nothing of the sort. I was a walking zombie, the product of constant abuse, deeply rooted trauma, and unresolved pain. I survived by hiding in my own mind and years later had to learn how to kill-off that version of myself so my God-given identity could emerge. This journey of grave obstacles I had to learn how to overcome actually started before I was ever even born with a long line of family members whose choices negatively affected each generation that followed until the generational curses infected the minds of my parents, whose best efforts could do no better than to start my life out in the roach infested projects of the Lower East Side of Manhattan.

My parents, despite their unfortunate life choices, were not bad people. They just made uneducated and sometimes bad choices. They both were substance abusers, in their own way, who lived unhealthy lives. Had I been consciously in-tuned as a youth, my first life lesson would have been to avoid unhealthy behaviors in order to have a healthy life. Unfortunately, I was not consciously in-tuned. By age 7, I was put into foster care where for the next 6 years of my life fear would infiltrate the workings of my mind on a second-by-second basis - often leaving me so scared I would just sit frozen in hopes that no one would see me.

Life takes on a completely different meaning when you live from a place of fear instead of the safety. I was in fear because I was left alone and vulnerable to the heinous people around me. There was no one anywhere to protect me. People manipulated my mind, my emotions, physically beat me, and even tried to kill me. My parents had failed at their job so I became accessible to evil people. I experienced mental, physical, emotional, and sexual abuse during all major stages of growth and development as a consequence of constantly moving into one stranger's home after another, year after year after year.

Unable to protect myself from my environment, my mind learned to protect me instead. I hid within myself. By the 10th grade, I became a high school drop-out because I ran away from my grandfather's home where I had been imprisoned and sexually abused for two years. Upon running away, I instantaneously became homeless. This lasted a couple of years as I bounced around from one friend's home to a boyfriend's home, ultimately being kicked out or forced to leave all of them. There are many years I just have no recollection of where I lived at all. This is not just my historical legacy but that of hundreds of thousands of children every year. Eventually, I ended back in foster care where I was then kicked out a year later as I approached my senior year in high school. By the grace of God, I graduated with honors after being kicked out of three more homes, ultimately floundering my way into the U.S. Navy.

Because I had not been raised properly by any of my caretakers, I was ill-prepared for life. I made bad choice after bad choice in the military, most poignantly with the men I chose to have relationships with. I did not know how to make smart decisions because no one had taught me how to THINK. Thinking, I later learned, is fundamental to living a good life. I found myself stuck in misery for decades because I did not have any idea how to identify what was wrong with me, my life, or how to fix it, so I did what most people do when they feel powerless. I did what my parents probably did too: I self-medicated. I became a drinker to escape my pain and the feeling of being miserably "stuck" in life. I had fun drinking at first. I was young, uneducated because I never had any caretakers teach me how to make smart decision, and vulnerable to others who were even stupider than I. I could not recognize that I was ruining my life.

Years of self-medicating led to years of unhealthy relationships. They tend to go hand-in-hand. In my late 30s, I found myself in what would be my last domestic violence relationship with my then boyfriend who was 11 years my junior. Because I didn't know how to make smart decisions, I could not readily identify why being 37 dating a 26 year old was a bad decision for me. Not only were our life experiences not aligned, but he was struggling with insecurities and power/control issues. Those are red flags I knew nothing about. I was trying to force a relationship to work that should've never started in the first place.

We had fought many, many times, but one particular night was different and it changed my life forever. As he held my arms down, smacking me in my face continuously, while taunting me in an evil, constricted voice, he threatened that I better shut the F### up or my daughter would look down from the loft and see me getting beaten. That threat and my inability to escape his physically and mentally abusive grip changed my life forever. All I could do was look him straight in his dark eyes and for the first time ever, see him for what he truly was: EVIL. When he finally let me go, I ran out of my house so fast, falling a couple of times from the trembling traumatic experience I had just escaped, and I drove to my best friend's condo. She wasn't home that night, so I slept in her parking garage and the next morning when I woke up, I knew I had to change EVERYTHING about my life!

I started by selling my home because this narcissistic man would not move out. I've since learned that millions of women silently suffer from men who will not leave their homes, which is an intimidation and control tactic. And since my mind was still programmed by fear, which had been instilled in me from the trauma and abuse in foster care, I was too scared to reach out for help in the military. I thought I would get into grave trouble for reasons too lengthy to explain here, so alternatively, I "ran away" again. I rented another home and did not tell him where I was moving. By the time he found me, I was emotionally strong enough to tell him to get the hell out of my life and never speak to me again! Little by little, I took conscious control of my life and it's been an incredibly miraculous journey since.

In time, I received my PhD in Mental Health Counseling, which facilitated my own emotional healing and led me to working in the mental health/substance abuse field helping countless others heal their own lives. Once I was HEALED, I began to PROSPER, and prosper in a VERY BIG WAY! I became a 3x Author, Speaker, International Psychotherapist, Hypnotherapist, Life Coach, and CEO of my own for-profit and non-profit businesses. My daughter is a Fashion Designer and budding entrepreneur. I live in sunny California where my spirit finally feels "at home", I'm the happiest and healthiest I've ever been, and I have dedicated the rest of my life to helping people take control of their minds, process their (subconscious) traumas so they can heal, and teach them my 6-Figure Blueprint formula to create financial wealth.

Never having been raised by parents, being abandoned by all of my family members, experiencing domestic violent relationships with men I should have never let into my life, overcoming alcohol dependence, and suffering all the other struggles of a life that had no real foundation has ultimately become the exact reason I'm an effective Coach and Therapist. I've learned that I am a spiritual being having a human experience and when I honor my spirit, I can better control my mind, and THEN I can achieve anything I'm in alignment with. The progression of my life is the proof it works and my goal now is to teach you how to do the same for yours! Join me and watch your life transform and become unrecognizable!

Much love and peace to you!
BUY NOW 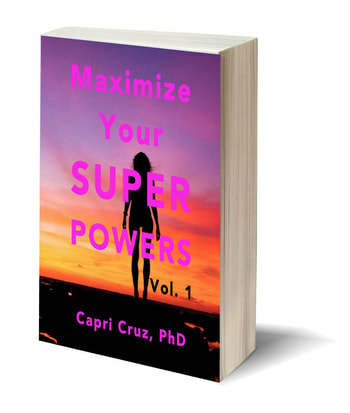